The Salyer House, Another Site for the Museum

The Orangetown Historical Museum and Archives, where I intern at, has two sites.

For the past three posts, I introduced one of them, which is called the DePew House and what I have been doing there.

After all the snow is gone and the weather has become nicer, I finally had a chance to visit another site.

This is the site, the Salyer House. 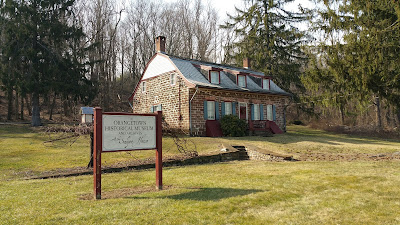 Like the DePew House, this building is also a preserved historical architecture. 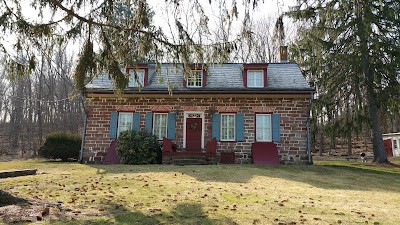 The Salyer House was built in the late 18th century, so... this old Dutch house has been here for almost 300 years.

It is located facing a reservoir in Pearl River, NY and has a beautiful exterior with its stone walls. 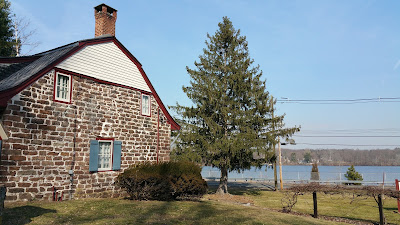 The former owner donated this house to the Town Of Orangetown in 1992. Supported by volunteers' effort, the town opened this site as a museum in 1996. 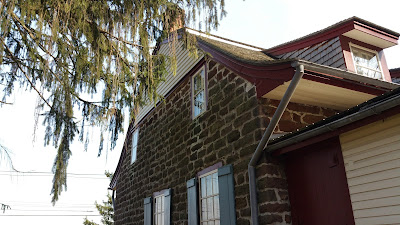 Although it is not open to the public right now, in this season, the Salyer House has museum gallery space with historical objects and wall texts on its first floor. 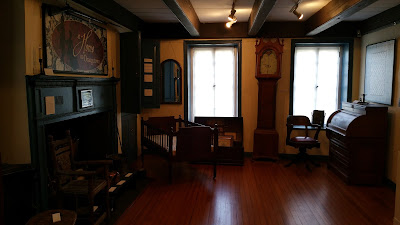 It is very quiet and the museum objects are stored in the building, but the gallery will be reorganized and lively once the museum starts an exhibition here. 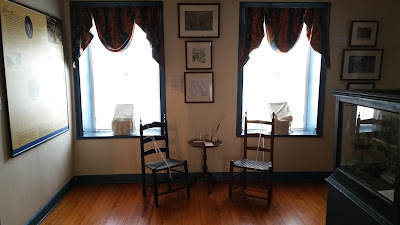 I just imagine this place will have a great atmosphere with these Dutch doors open for nice fresh air from the reservoir and back-yard forest, when the museum is in season and open to the public on a day with beautiful weather♪ 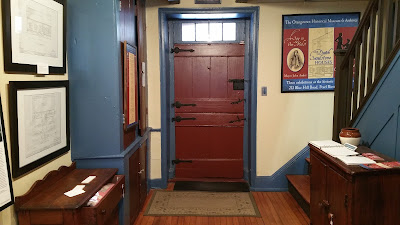 The upstairs of the building has multiple rooms which are used as archive rooms. Most of the objects acquired by the museum are examined and stored here. The acquisitions are carefully wrapped and placed in boxes here when they are not on view. 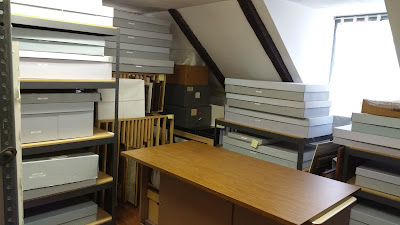 The digital archive work I introduced in my last post is directly connected with this storage area.
All the objects have their own call numbers and description registered in the archive system "PastPerfect." They are sorted by the numbers and found with them labeled on the boxes.

I assume that I will have more chance to come to this place later in my internship time as we work more on the new exhibition installation.

It was definitely exciting to visit the Salyer House and see inside the building for the first time!


Posted by Masako Birmingham at 9:47 PM